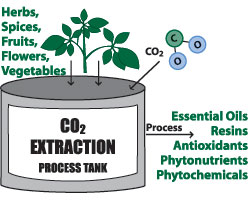 The term ‘essential oil’ is rather loosely applied to all aromatic products or extracts derived from natural sources, including resinoids, concretes and absolutes which contain a mixture of volatile and non-volatile components. These products are only partially composed of essential oils and are obtained by different methods of production, which include the use of solvents or carbon dioxide extraction. As well as volatile elements, the oils obtained by processes other than distillation also contain larger molecules of non-volatile matter (waxes and resins, for example).

Some plant materials, especially flowers, are subject to deterioration and should be processed as soon as possible after harvesting. Plants such as Melissa (lemon balm) and rose need to be distilled immediately after harvesting because enzymes present in the plant cells start to break down the essential oil. Other essential oil-yielding plants are not as fragile, chamomile flowers, for instance, need to be dried prior to distillation; and patchouli undergoes a drying and fermentation process before it is ready to give up its essential oil.

The method of extraction which is employed depends on the quality of the material which is being used, and the type of aromatic product that is required.

An essential oil is extracted from the plant material by two main methods: by simple expression or pressure, as is the case with most of the citrus oils including lemon and bergamot, or by steam, water or dry distillation. The majority of oils such as lavender, myrrh, sandalwood and cinnamon are produced by steam distillation. This process only isolates the volatile and water-insoluble parts of the plant. Sometimes the resulting oil is redistilled or rectified to get rid of any remaining non-volatile matter; some essential oils are redistilled at different temperatures to obtain certain constituents and exclude others – as with camphor which is split into three fractions, white, yellow and brown. Essential oils are usually liquid, but can also be solid (orris) or semi-solid according to temperature (rose). They dissolve in pure alcohol, fats and oils but not in water and, unlike the unlike ‘fixed’ plant oils (such as olive oil), they evaporate when exposed to air leaving no oily residue behind.

Generally, soft plant material such as leaves and flowers may be placed in a vessel of a still without prior treatment; fibrous material such as wood, bark, seeds and roots must be cut up, crushed or grated to help release the volatile oil.

Once in the still, the plant material is subject to concentrated steam, which releases the aromatic molecules from the plant cells. The aromatic vapour passes along a series of glass tubes surrounded by cold water which act as a condenser, the released essence is then separated from the water by siphoning it off through a narrow-necked container known as a Florentine.

Some distillers employ direct distillation which is similar to the former method, except that the plant material comes into direct contact with the water. However, ‘burning’ of the distillate is much more likely to occur with this process, something which must be avoided if the oil is to retain its potency and characteristic aroma.

Essential oils, for instance cajeput, have to be re-distilled or rectified in order to remove impurities such as plant dust or resinous matter. Certain essences such as ylang ylang are fractionated to capture several grades. The first distillate is called ylang ylang extra, with the distillation process continuing until three successive lower-grade distillates are also isolated. Another example of a fractionated oil is bergamot FCF, which has been rectified to remove its furocoumarin content. Furocoumarins are responsible for the photo-toxic side effect of bergamot.

Unfortunately, the heat and water employed in distillation is to some degree harmful to the fragile constituents of the essential oil, as reflected in the aroma which is never identical to that contained in the plant cells. This is especially noticeable with the essential oils of black pepper and ginger. The more pungent notes which emanate from the freshly grated spice cannot survive the heat of distillation.

The oils of citrus fruits such as bergamot, lemon and lime are much easier to obtain. The essence (the zest of the fruit) is found in such profusion that it sprays the surrounding air when the fruit is peeled.

The highest quality citrus essences are captured by a simple process known as expression. Although this was once carried out by hand (by squeezing the rind and collecting the oil in sponge), machines using centrifugal force are now used instead. Since no heat is employed in this process, the aroma and chemical structure of expressed oils is almost identical to that contained within the skin of the fruit. Unlike distilled oils, expressed essences also contain non-volatile substances such as waxes. The drawback with expressed oils is their relatively short shelf-life. Even though producers usually add tiny amounts of preservative at source, the oils will still deteriorate within six to nine months, whereas most distilled essences will keep for upwards of two years.

Concretes are prepared almost exclusively from raw materials of vegetable origin, such as the bark, flower, leaf, herb or root. The aromatic plant material is subjected to extraction by hydrocarbon-type solvents, rather than distillation or expression. This is necessary when the essential oil is adversely affected by hot water and steam, as is the case with jasmine; it also produces a more true-to-nature fragrance. Some plants, such as lavender and clary sage, are either steam distilled to produce an essential oil or used to produce a concrete by solvent extraction. The remaining residue is usually solid and of a waxy non-crystalline consistency.

Most concretes contain about 50 percent wax, 50 percent volatile oil, such as jasmine; in rare cases, as with ylang ylang, the concrete is liquid and contains about 80 percent essential oil, 20 percent wax. The advantage of concretes is that they are more stable and concentrated than pure essential oils.

A concrete (wax or fat containing raw materials of vegetable origin) must first be prepared so that a second process of solvent extraction (using pure alcohol) can take place.

An absolute is obtained from the concrete by a second process of solvent extraction, using pure alcohol (ethanol) in which the unwanted wax is only slightly soluble. An absolute is usually subjected to repeated treatment with alcohol; even so, as is the case with orange flower absolute, a small proportion of the wax remains. Absolutes can be further processed by molecular distillation which removes every last trace of non-volatile matter. The alcohol is recovered by evaporation which requires a gentle vacuum towards the end of the process. Some absolutes, however, will still retain traces of ethyl alcohol, at about 2 percent or less, and are not recommended for therapeutic work because of these impurities.

Absolutes are usually highly concentrated viscous liquids, buy they can in some cases be solid or semi-solid (clary sage absolute). In recent years, much research has been devoted to the extraction of essential oils and aromatic materials using liquid carbon dioxide; oils produced in this manner are of excellent odor quality and are entirely free of unwanted solvent residues or non-volatile matter.

Expensive high-technology equipment is used to extract the essential oils. It employs carbon dioxide gas (CO2), high pressure, and low temperature. This process produces an oil that retains a greater amount of aromatic components than oil derived by steam distillation. The scent of CO2 extracted oil is more identical to that of the original plant. There are two types of CO2 extractions: Select and Total.

In the select method, the oil is extracted at a temperature of around 88˚F (31˚C). The plant material is placed in a chamber and then the compressed CO2 gas is released. As the gas passes through the plant material, it draws the plant components into solution. When the process is completed the pressure is lowered, and the extracted materials precipitate out and are collected. The CO2 gas is then recompressed and recycled to be used again, without leaving any residue in the extracted oil. The extracted oil contains selected components similar to oils that are steam distilled.

In the total method, the plant material is processed at a higher temperature; the extracted oil contains more plant components than the select method.

Resinoids are prepared from natural resinous material by extraction with a hydrocarbon solvent, such as petroleum ether or hexane. The resinoids are prepared from dead organic material, whereas concretes are derived from previously live tissue. Typical resinous materials are balsams (Peru balsam or benzoin), resins (mastic and amber), oleoresins (copaiba balsam and turpentine) and oleo gum resins (frankincense and myrrh). Resinoids can be viscous liquids, semi-solid or solid, but are usually homogeneous masses of non-crystalline character. Occasionally the alcohol-soluble fraction of a resinoid is called an absolute.

Some resinous materials like frankincense and myrrh are used either to make an essential oil by steam distillation or a resin absolute by alcohol extraction directly from the crude oleo gum resin. Benzoin, on the other hand, is insufficiently volatile to produce an essential oil by distillation; liquid benzoin is often simply a benzoin resinoid dissolved in a suitable solvent or plasticizing

Like concretes, resinoids are employed in perfumery as fixatives to prolong the effect of the fragrance.

We have 1240 guests and no members online 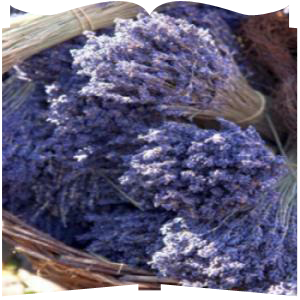 One cc = one ml (They are equivalent.)