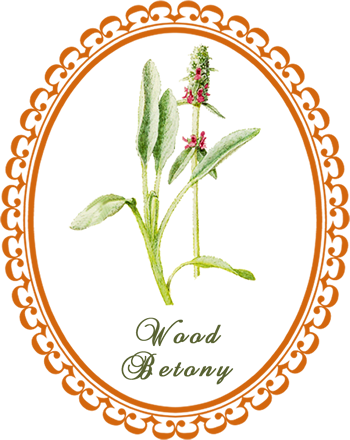 Wood Betony: is a cerebral tonic that is useful for any problem to do with the head, from headaches and forgetfulness to anxiety and sleeplessness due to nervous tension - wood betony tones and strengthens the nervous system ...

Wood betony is found in dry grassland, meadows and open woods in most of Europe, western Asia and North Africa. In the British Isles it is common in England and Wales, but rare in Ireland and northern Scotland.

Description: Wood betony or Bishop's wort, is a perennial grassland herb growing to 70cm tall. Its leaves are stalked on upright stems, narrowly oval, with a heart-shaped base, with a somewhat wrinkled texture and toothed margins. The calyx is 5-7mm long, with 5 teeth, edged with bristles. The corolla 1-1.5cm long. Its upper lip flat, almost straight when seen from the side. The anthers stick straight out. It flowers in midsummer from July to September.

Cultivation: Betony grows in average, well-drained soil with a pH of 4.0 It prefers full sun to part shade.

Betony is protective and purifying.

Burn it on your Midsummer bonfire.

Grow it in your garden to protect your home.

Medicinal Uses: Betony is nervous-system tonic, and useful for any problem that has to do with the head, from headaches and forgetfulness to anxiety and sleeplessness due to nervous tension. It is gently sedative, but strengthening as well. Betony works best when taken over time as opposed to a first-aid remedy. For headaches and migraines, combine betony with rosemary (Rosmarinus) and verbena. For anxiety, depression due to nervous exhaustion, and in convalescence after an illness, combine betony with skullcap (Scutellaria), oats (Avena) or St. John's wort (Hypericum). Use it as a gargle for sore throats, or drink it to treat nervous headaches and diarrhea.

AromaworX.ca is free to access and use.
If you appreciate the information provided,
please help keep this website running. Blessings!
"Life is an echo, what you send out comes back."
© 2008-2022 aromaworx.ca. All rights reserved.
fShare
Tweet

We have 2277 guests and no members online 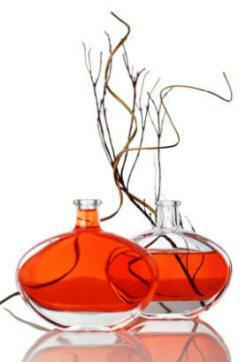