The essence of a plant acts as a natural defense mechanism; it protects the plant from bacteria, fungi, pests, heat and cold. In fact, the essence of a plant actively participates in the plant's development. There are no two plants that smell exactly alike and the properties of each are unique, which is why the essential oils derived from these plants offer so many benefits. 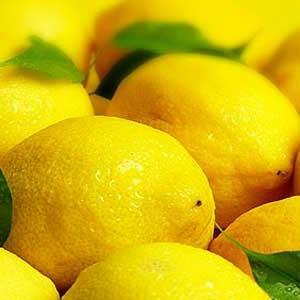 Lemon pie, served to a spouse, will help strengthen fidelidy, and a slice of fresh lemon placed beneath a visitor's chair ensures that your friendship will last...

Source: expression of the outer part of the fresh peel of the fruit of the small evergreen tree native to Asia and eastern India. Most of the oil is produced in the Mediterranean region, especially Spain and Portugal. Some sources are extracted from the rind of the fruit grown in Brazil. 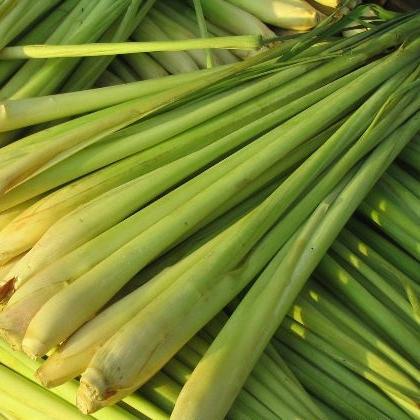 Lemongrass is used in perfumery, to fragrance skin care products and soaps, and as a flavoring agent in cooking, soft drinks, candy, ice cream, and baked goods... 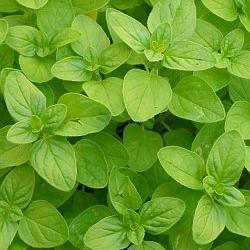 Adding some of the dried leaves to your bathwater will relieve grief...

Source: steam distillation of the dried flowers of the bushy herb native to the Mediterranean region, Egypt, and North Africa. Most of the oil is produced in France, Morocco, Egypt and Germany. 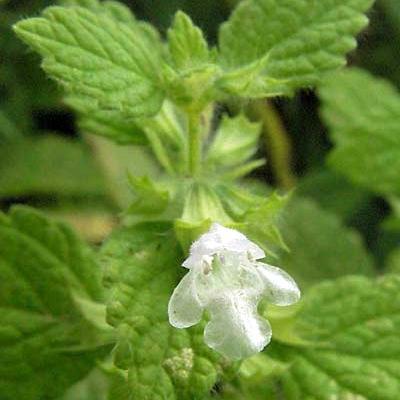 The ancient Greeks placed the twigs of melissa in beehives to attract bees...

Source: steam distillation from the leaves and flowering tops of the sweet-scented soft and bushy herb native to the Mediterranean region that grows to about 60 cms high. 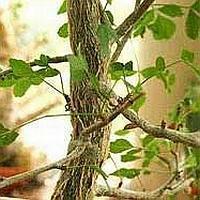 The Egyptians believed that the fragrant odor pleased the gods and, therefore, burned the oil during religious ceremonies...

Source: steam distillation of the gum of the small tree native to North-East Africa and South-West Asia 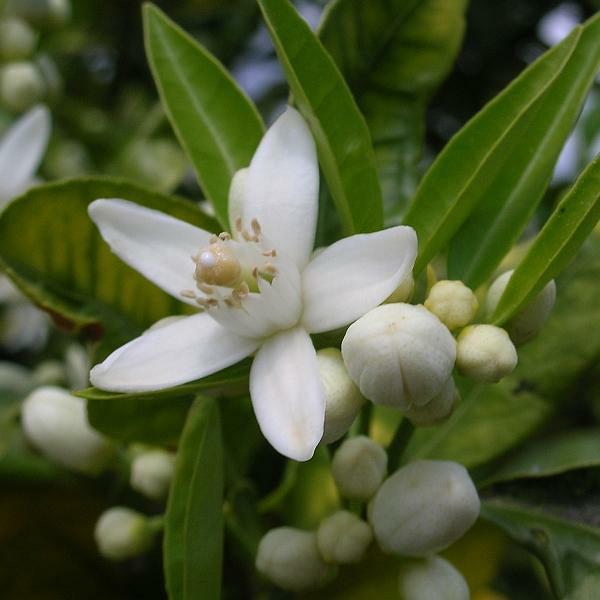 Neroli is mood uplifting; it boosts confidence, and helps to face emotional fear...

Source: steam distillation of the freshly picked fragrant white blossoms of the bitter orange; a small evergreen specimen native to the Far East. A solvent extraction is also available and is known as Orange Flower Absolute. Orange flower water is also produced as a by-product of the distillation process. Most of the oil is produced in Italy, Morocco and Egypt. 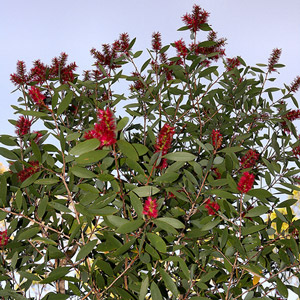 Niaouli oil is concentrated in the tree's bright green leaves, and used to make cough medicines, mouth sprays and gargles...

Source: steam distillation from the leaves and young twigs of the evergreen tree that is native to Australia, New Caledonia, and the French Pacific Islands. 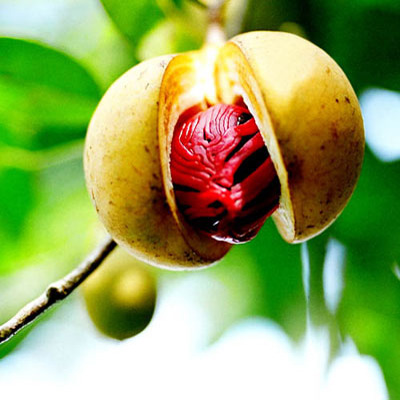 In Europe, the seeds are used for menstrual problems and to abort a fetus...

Source: steam (or water) distillation from 1. the dried worm-eaten nutmeg seed (the worms eat away all the starch and fat content) 2. the dried orange-brown aril or husk - mace 3. an oleoresin is also produced in small quantities by solvent extraction from the mace. 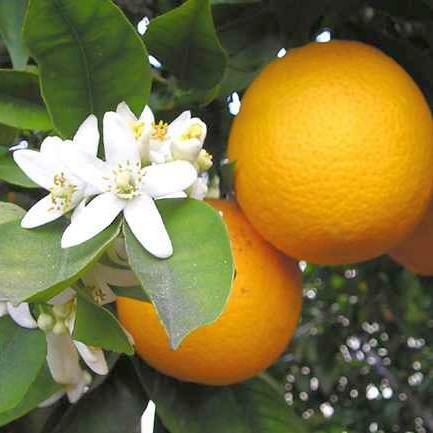 The oil from the rind is added to wood-care products to protect against insect damage...

Source: expression of the fresh ripe peel of the fruit of the small evergreen tree native to the Far East. Inferior grade steam distilled oil, obtained from the fruit pulp, is also available. Most of the oil is produced in Italy, Tunisia, Morocco and France.

We have 3363 guests and no members online